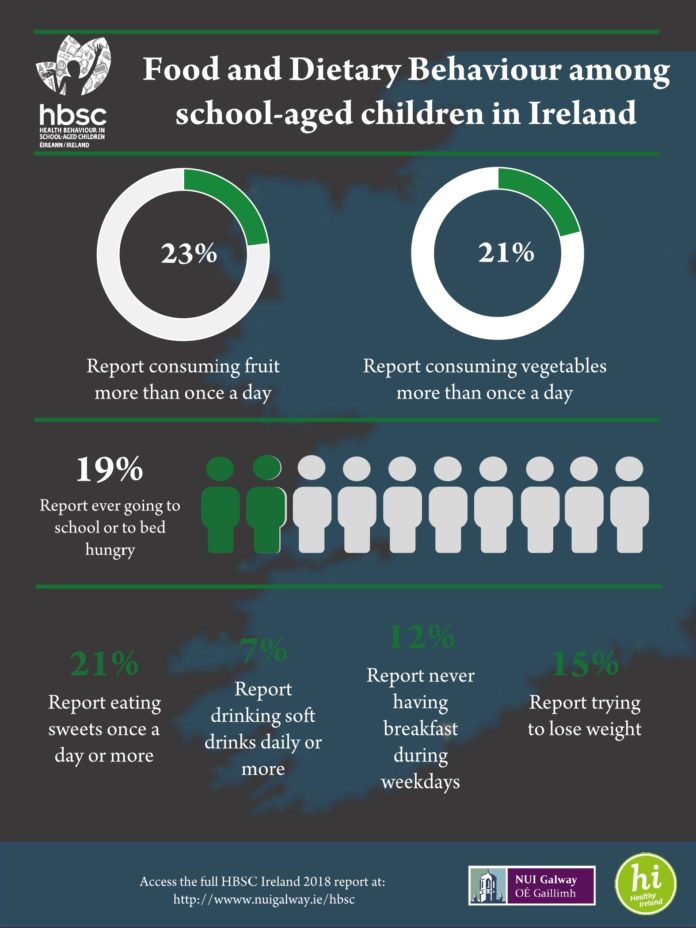 The 2018 Irish Health Behaviour in School-aged Children (HBSC) was launched on Thursday, 9 January 2020. The HBSC is a cross-national research study in collaboration with the World Health Organization (WHO) which aims to gain new insight into, and increase our understanding of young people’s health and well-being, health behaviours and social context. The HBSC study takes place every four years, and this is the sixth time that Ireland has taken part. The Irish part, commissioned by the Department of Health and carried out by the Health Promotion Research Centre at NUI Galway, saw a total of 255 primary and post-primary schools take part with 15,557 children (8-18 years) responding to a self-completed questionnaire.

Findings from this recent study show many positive trends in health behaviours relating to children’s food and dietary behaviours, exercise and physical activity levels and general health and wellbeing, as well highlighting some areas of concern:

Why is this report important?

The population of young people (up to 19 years) in the Republic of Ireland is 1,154,706, representing 27% of the population; higher than the European average (http://www.cso.ie/). With such a high proportion of young people, investing in their health and well-being is essential. The children we educate today are the consumers of tomorrow. Findings from this report play a pivotal role in this regard and will be used to inform and influence children’s policy and practice at both national and international levels and help continued development and future steer of EU and national school programmes, such as Food Dudes.