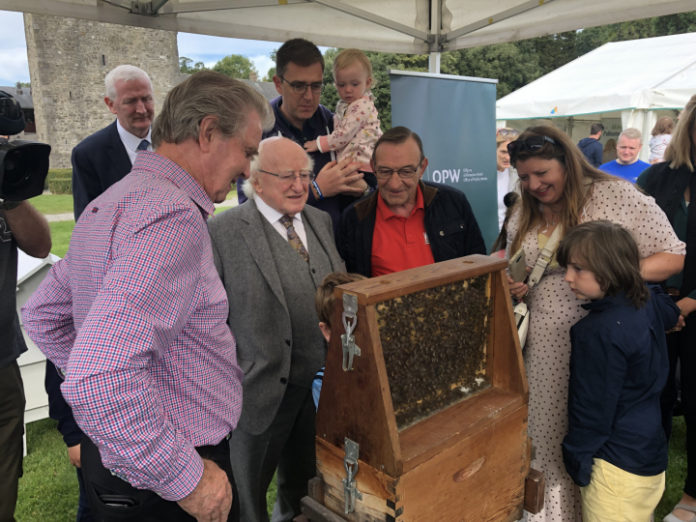 President Michael D. Higgins will officially open the inaugural Phoenix Park Biodiversity Festival and Honey Show this Saturday the 14th of September at the Phoenix Park Visitor Centre. The free festival which takes place across the weekend of the 14th and 15th of September is being held by the Office of Public Works (OPW) to celebrate the Park’s rich biodiversity and natural heritage and to drive awareness of the relationship between biodiversity and natural resources.

President Higgins, a resident of the Park, will be officially opening the inaugural Phoenix Park Biodiversity Festival at 10.30am on Saturday morning. President Higgins has made Sustainable Development one of the key themes of his Presidency and at the launch of the Festival, he is expected to build on previous speeches in which he called for new connections between economy, ecology and ethics, and highlight the importance of safeguarding the world’s natural environment.

The festival is entirely free to attend with an extensive programme including bat walks and pollinator talks, foraging tours and honeybee lessons, as well as music, art and activities to keep everyone entertained.

Events and activities taking place over the course of the weekend include;

The Phoenix Park is also home to 28 beehives and the Walled Garden is actively managed to encourage and increase pollination. It is the ideal location for the fifth Annual Honey Show which gets underway at 10am as part of the Biodiversity Festival.  Held in association with the Federation of Irish Beekeepers Associations (F.I.B.K.A.) the Honey Show is an opportunity to explore the ancient craft of beekeeping and brings together all the different aspects of the craft, highlighting the importance of beekeeping. It is also an opportunity to meet with beekeepers and learn all about the bees.

Minister of State for the OPW and Flood Relief, Mr. Kevin ‘Boxer’ Moran TD, said “The Phoenix Park is a highly important site for biodiversity, managed in a way that protects and promotes key habitats and species. Managing this haven of biodiversity right in the middle of a capital European city, the OPW is very conscious of the leadership role the Park plays in promoting biodiverse practises. The two-day Biodiversity festival has something for everyone, offering the opportunity to understand the impact our lives have on the world around us and the small changes we can make to encourage plants and animals to survive and thrive.”

The Phoenix Park has been awarded the 2019 All Ireland Pollinator Award for the Victorian Walled Garden, by the National Biodiversity Data Centre. The Phoenix Park has also been awarded two international Park Management awards; the Gold International Large Urban Park Award and the Green Flag Award. Both awards recognise well-managed parks and green spaces, setting the benchmark standard for the management of recreational outdoor spaces.